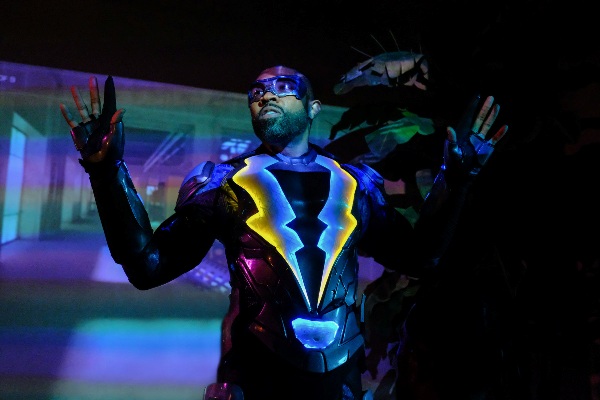 The CW has released the new promo for next week’s episode of Black Lightning titled, ‘Lawanda: The Book of Hope‘! It looks like Jefferson’s daughter is starting to develop powers of her own just as ‘Black Lightning‘ is ready to suite up again after 9 years. Check out the promo and synopsis below and share your thoughts AFTER THE JUMP. ‘Black Lightning‘ airs Tuesday evenings at 8pm Central!

“As the community struggles with the violence surrounding them, a glimmer of hope appears: Is Black Lightning (Cress Williams) back? Lynn Stewart (Christine Adams), noticing the changes in the community, is also left wondering. While Jefferson Pierce (Cress Williams) struggles with his decision, Gambi (James Remar) urges him to take up the mantle once more and return to life as Black Lightning. Anissa (Nafessa Williams) and Jennifer (China Anne McClain) try to deal with the aftermath of their jolting experience. Damon Gupton and Marvin Jones III also star.”