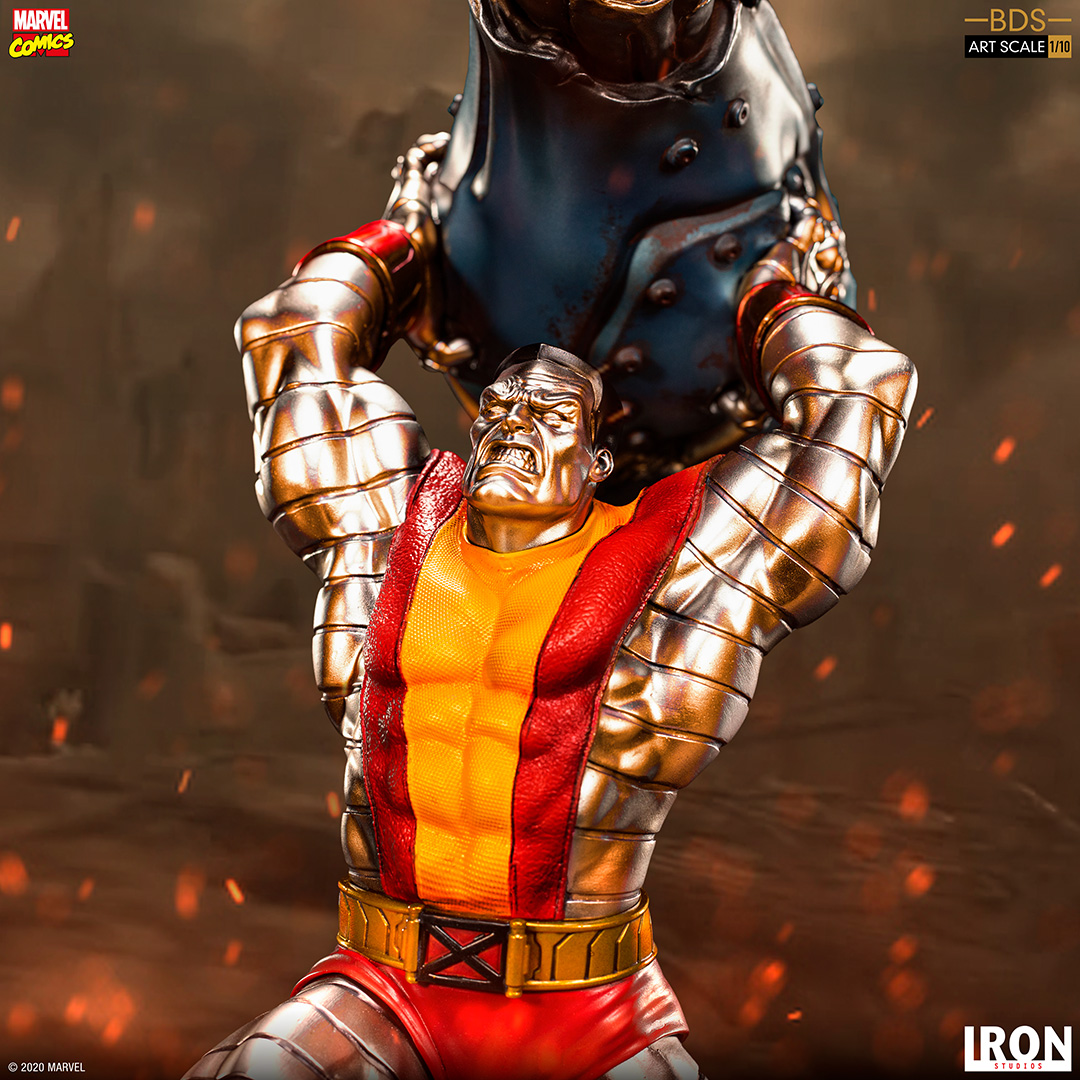 Iron Studios has released photos and details for their new Colossus 1/10 Art Scale Statue, which is part of their X-Men Battle Diorama Series. Colossus stands 12″ tall, is cast in polystone, and is displayed on a specialized base. Priced at $179.99, this offering is slated for release in the Second Quarter of 2021. Check out the photos below and share your thoughts AFTER THE JUMP.

On a base reminiscent of the remains of a concrete column, which was once part of Mansion X, a giant with chromed skin and furious countenance prepares to throw metallic debris, parts of his opponent against himself, a relentless robot exterminator of mutants called Sentinel.

This scenario describes the statue “Colossus BDS Art Scale 1/10 – Marvel Comics”, a release that brings the good Russian giant friend of the X-Men to the battle diorama scenario of Mutantes vs. Sentinels from Iron Studios. Created by Len Wein, Dave Cockrum and Chris Claremont, the young Russian Piotr “Peter” Nikolievitch Rasputin was born a mutant and grew up on a farm in Siberia, in the extinct Soviet Union. From a humble family, his mutation allows him to transform his whole body into a type of organic steel on the outside, while his internal organs are converted into pure energy; this gives him super strength and a body armor that makes him almost invulnerable. Invited by Professor X, he founded the second formation of the X-Men. In contrast to his gross appearance, Colossus has a peaceful and even innocent nature, characteristics explored with good humor in the film Deadpool, where the hero has a great participation.