Recently there have been some very nice Judge Dredd/ 2000AD toys come to market. Earlier this year there were two in particular that caught my eye and I purchased them. This review will focus on the MEZCO 1:12 scale Judge Dredd.

I first saw this figure in a post on TNI and immediately decided to pre-order it when it became available on BBTS. It was initially to come into stock sometime over the summer, yet it did not arrive until October, and I waited to ship it when I had more items in my P.O.L..
Let me say, for those of you who are only familiar with Dredd through the film Dredd with Karl Urban (which is great) or GOD FORBID the Sylvester Stallone and Rob Schneider vehicle of the mid-nineties, you are missing out on quite a lot of awesome comic lore and ultra-violence!

To put the back story in a nutshell, the world has been mostly destroyed by war, and the remaining humans all live in Mega-Cities. Dredd is part of the Law force known as Judges who keep the populace in line at their discretion, and Dredd himself is located in Mega-City 1.

The review is going to break down as follows.
Ill cover areas such as Packaging, Accessories, Sculpt and Paint apps, costumes/ clothing, and finally the overall verdict. Each of the areas will be ranked on a scale of 1-5 and then those scores will be averaged in the verdict to give a final score.

The packaging for this figure had more layers of protective plastic than any figure I have ever had or seen in the past. Dont get me wrong this is marvelous, but this amount of protection (the box was wrapped in a sleeve and then wrapped in plastic) was a tad excessive.

The packaging design was pretty straight forward. The navy blue box has a slip cover that features a nice Dredd design on it mimicing the iconic helmet with images of the figure on the reverse. The box also has a shadow image of the figure directly printed on it. This shadow image is also the only information printed on the box other than text, the majority is on the slip.

The box also featured a view window which was operable when the slip was removed. The inside of the panel had an embossed Judge badge and then, of course, the window gave you a view of the figure. Due to all of the packaging inside you can barely make out any details.

The interior packing is the usual nested plastic trays (4 in total for this one). The top being the protective tray, and the latter holding various accessories and extras. It was all very well packed and the figure also had a nice plastic sleeve over it as well.

All things considered the packaging for this figure is top notch. The outer boxing is very sharp and simple. It gets the point across without being super busy, and the interior packing keeps the figure incredibly safe for the buyer. The only real negative is that the protection is a bit over the top!

Score: 4.5/5 due to far too much extraneous packaging

All of Dredd’s accessories can be stowed on his person (which will be seen later), which is a wonderful thing. I really dont like not being able to store my figure’s stuff on the figure itself. That being said however, I LOVE that Mezco includes a bag to keep unused parts in. I wish that more companies did this, Figma is the only one I can think of off hand.
The figure specific accessories are detailed and very accurate to the source material. The only downside is that they chose to go with a boxier pistol design that is more reminiscent of the films than the slim laser pistol of the earlier comics. A minor foible. Also all of these accessories seem very durable and would easily hold up to rigorous use and re positioning. 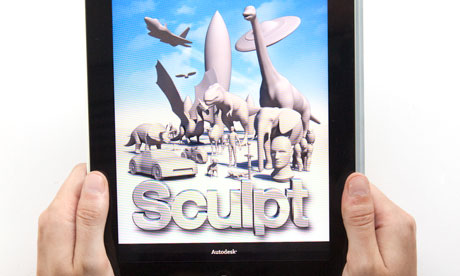 In the overall picture there is not a lot going on with this figure by way of sculpting or paint apps. It is very simple. The majority of the sculpting is on the head, shoulder pads, gloves, and accessories. While the paint apps are relegated to washes on the pads and accessories to detailing on the helmet and gun.

The details on the head are great and they capture the mean mug and permanent scowl of Dredd very well. They went with the more square jawed later design, but they did it very accurately. Additionally the head is fully sculpted, however, the helmet does not come off, which is a shame. Also, you can see that the body is also as well sculpted male buck. I only undid the working zipper to see the base figure, and did not fully remove the costume.

Again, as with the packaging design, this figure manages to get A LOT out of a little. The paint apps are simple and efficient, and the scuplt work is detailed, yet not over the top, giving it a very cartoony and comic like vibe suitable for the subject matter.
Poseability leaves a bit to be desired, but that is due only slightly in part to the sculpting.

Score: 4/5 Nothing outrageous or over the top, yet nothing that really makes the figure wow you. There are some badly placed weathering marks.

Last, but not least we address the costume itself. This to me is where the figure hits some very high marks and also is brough down a good deal.
Accuracy of this costume to the subject matter is SPOT ON! It looks like he has jumped right off the page and is ready to crack some heads.
Comic image:

The figure is wearing a full body faux-leather bodysuit, as shown above. This suit features a working zipper(which has a handy warning),

and (one of the strongest and most novel ideas) sewn in magnets on the shoulders and left breast for the shoulder pads and badge to mount to.

The suit moves with the figure fairly well, and does not slide back to reveal any plastic areas of the body, however, it also hinders the range of motion in the major joints. The figure really cant raise its arms higher than shoulder height without being able to feel the resistance of the suit.

As mentioned before the suit does hold his accessories

Score: 3.5/5 The suit is accurate and nice, and has some wonderful features, but the range of motion really hurts it.

As it stands this is one of the best Dredd figures I have seen since the old 6″ Legendary Heroes line. However, I do feel that the upcoming release from ThreeA will blow the doors off of this one, and as soon as I have it in hand Ill do a comparison, but until then I am very pleased with this figure.

So over all we are looking at this:

This is a damn fine collectible and I would really recommend it to anyone who likes Judge Dredd. However, ThreeA has a great track record for making amazing figures, and if their Dredd is anything like the Judge Death they just put out (review coming shortly) I would personally hold off and decide later.