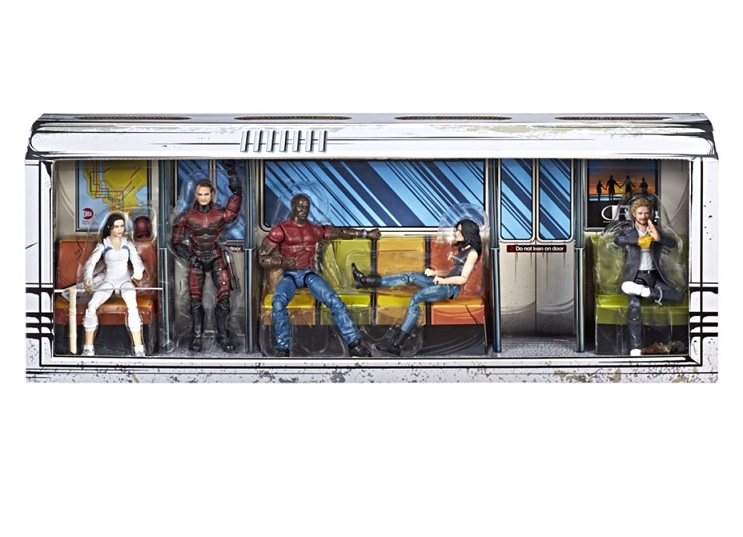 If you are a fan of the Marvel TV series on Netflix you are going to love the new Marvel Legends action figures based on these shows. This set, which is an SDCC exclusive includes Daredevil, Jessica Jones, Luke Cage, Colleen Wing and Iron Fist. Check out all the specs on the set below and let us know if you will be picking one up AFTER THE JUMP!

Imagine JESSICA JONES, LUKE CAGE, DAREDEVIL, IRON FIST, and COLLEEN WING defending New York City with the MARVEL LEGENDS SERIES DEFENDERS RAIL AUTHORITY 5-PACK. Each figure features multiple points of articulation and premium, detailed styling, and comes packed out in an original package designed to look like the underground public transportation of New York City. Includes five 6-inch figures and five accessories. The MARVEL LEGENDS SERIES DEFENDERS RAIL AUTHORITY 5-PACK will be for sale at San Diego Comic-Con 2018. Limited quantities of this item will be available at select conventions and select online retailers after the convention in the relevant market (including HasbroToyShop.com where available). Good while supplies last.
© MARVEL 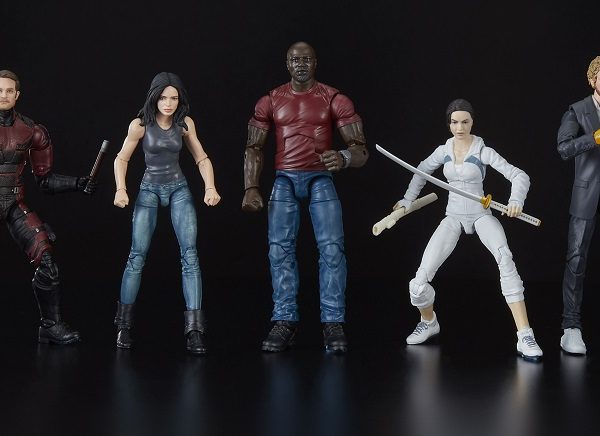 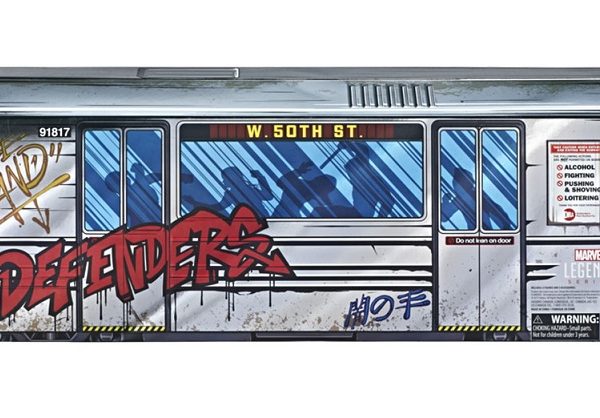