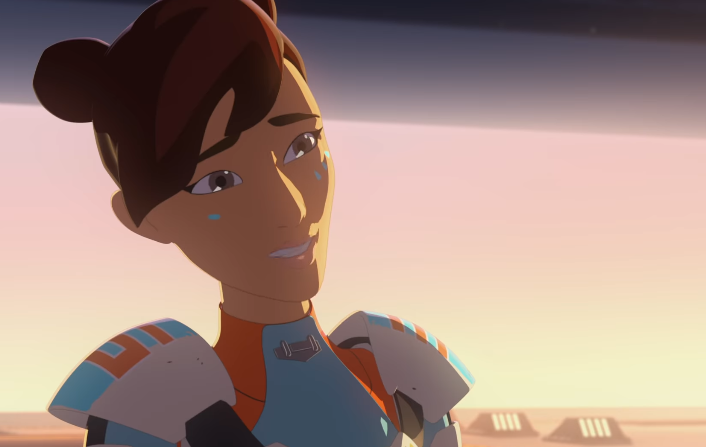 We have exciting news today as Disney has released a trailer for the new animated series, ‘Star Wars Resistnance‘. Star Wars Resistance, which takes place before the events of Star Wars: The Force Awakens will make its one hour debut on Sunday, October 7 at 10:00 p.m. EDT/PDT on Disney Channel, DisneyNOW, and Disney Channel VOD. Check out the trailer below and let us know if you plan on watching AFTER THE JUMP!

In the one-hour premiere titled “The Recruit,” Poe and BB-8 assign newly-appointed spy Kaz to the Colossus, a massive aircraft re-fueling platform on an outer rim water planet, home to colorful new aliens, droids, and creatures. While undercover, Kaz works as a mechanic and lives with Poe’s old friend Yeager, a veteran pilot who operates a starship repair shop run by his crew: Tam, Neeku, and their old battered astromech droid, Bucket. Kaz soon finds himself in over his head with his new friend BB-8 as he’ll have to compete in dangerous sky races, keep his mission a secret from his newfound family, and avoid the danger of the First Order.