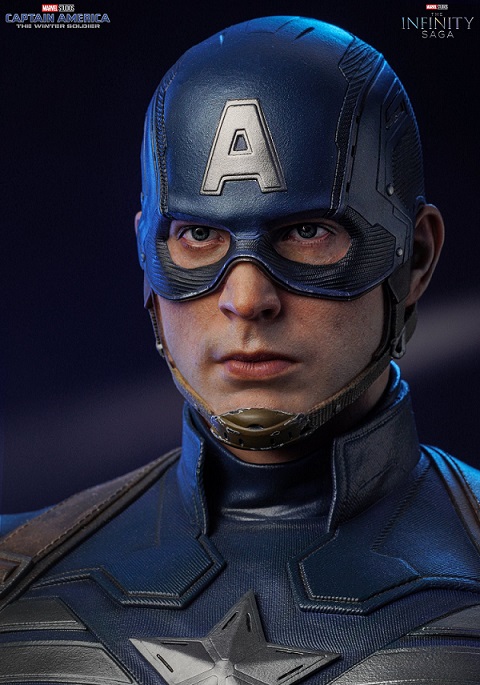 Queen Studios for their new 1/6 scale Captain America: The Winter Soldier ‘Captain America’ statue. Cap is cast in polystone, and stands 20″ tall on a themed display base. Pre-Orders open April 15th. Pricing has not yet been announced. In the meantime, check out the photos and more details below and share your thoughts.

ABOUT THE STATUE
Crafted from polystone, this 1/4 scale statue depicts Captain America as he clenches his fist in his right hand and holds a shield in his
left, as he walks forward. In all of the movies that Captain America has appeared in, he has always been heroic and just, and the Queen Studios team have done their best to capture these elements in the statue.

ABOUT THE BASE
The Queen Studios team have referenced the futuristic structure of S.H.I.E.L.D’s HQ to accurately represent Captain America’s from Marvel Studios’ Captain America: The Winter Soldier.