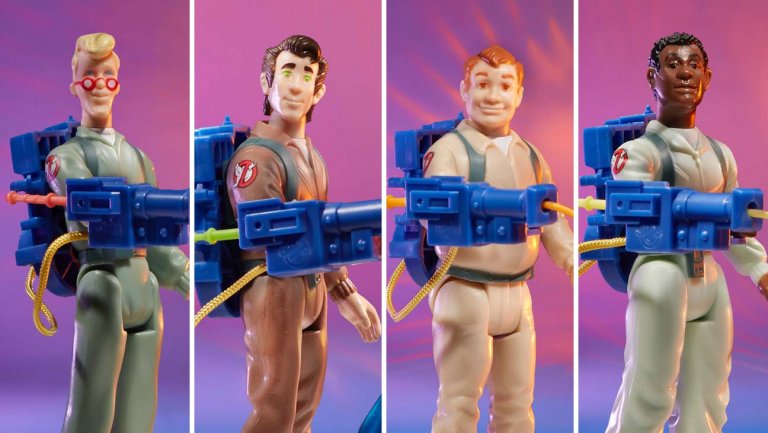 Coming this spring to a Walmart near you, Hasbro is releasing classic ‘The Real Ghostbusters figures, as they appeared in the 1980’s cartoon series. News via Toy Fair 2020! Check out all the offerings below, then MAKE THE JUMP to the forums and let us know if you will be picking them up!

Debuting later this year, Hasbro’s new Ghostbusters Kenner Classics line will feature six figures — Peter, Ray, Winston, Egon, Stay Puft Marshmallow Man, and Slimer — inspired by that Kenner line from the ‘80s. Each of the Ghostbusters come with accessories inspired by the series: a proton pack, proton blaster with stream, and an accompanying ghost; Slimer gets some snacks (including a slice of watermelon because it can’t all be pizza), and the Stay Put Marshmallow Man is just… his regular giant self.