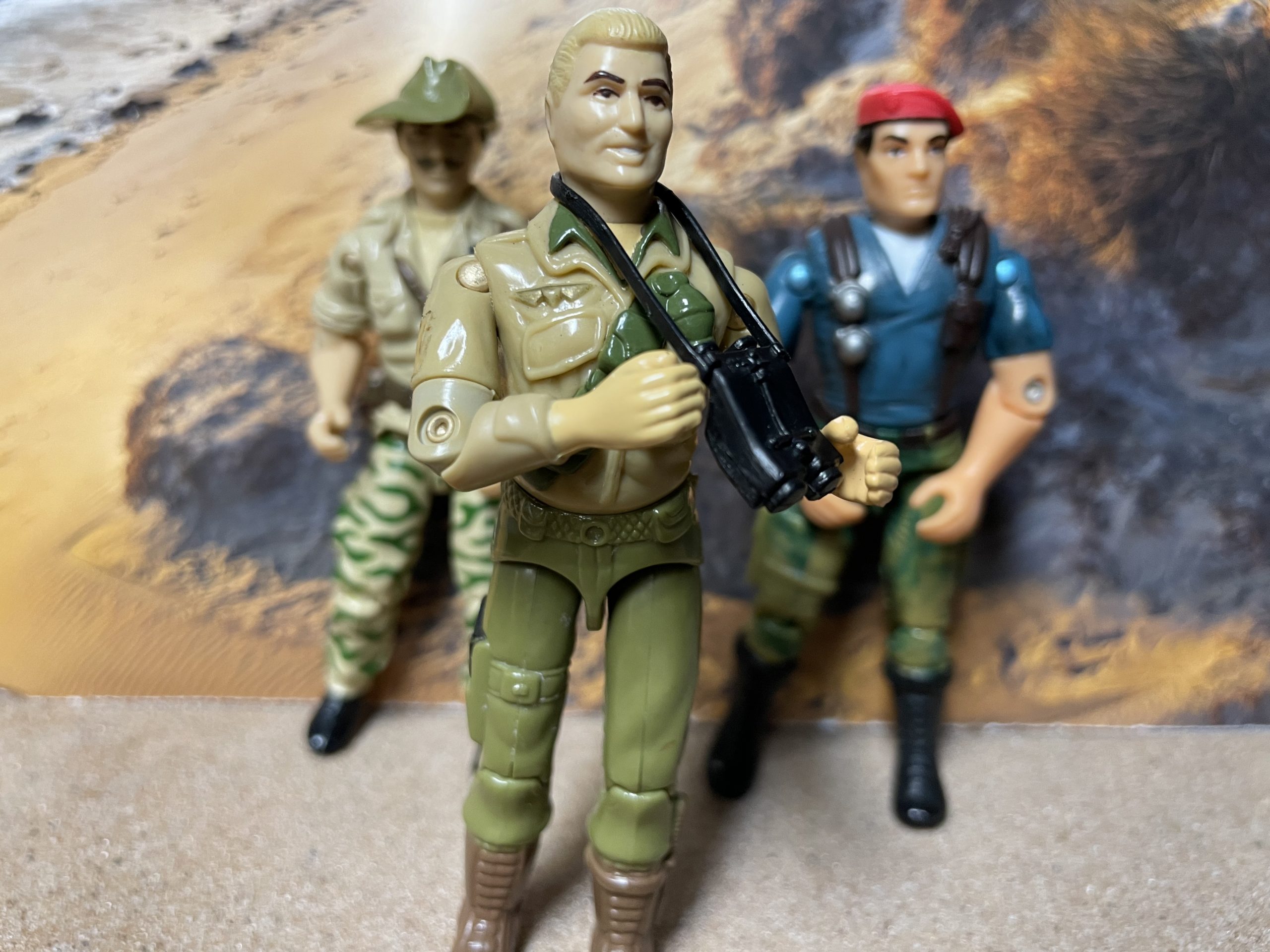 Welcome to the Outpost. Today I’m taking a look at a G.I.Joe character that has been around since well a long time, Duke. Duke has always been a fan favorite and one of the most hated characters of all time. If you are a true Joe fan you have to love Duke to some degree, but it’s easy to see why you could hate this 6 foot 2 eyes of blue, blonde haired leader of the Joes.

The original Duke in the cartoon was really good in my opinion. My favorite line is when he says “ I’m going to kick the mustard out of that Hotdog”. Come to find out it’s Scarlett doing the flyby in the Sky Striker and well as we all know Duke just shakes his head and lets Scarlett get away with whatever she wants. Channing Tatum brought Duke to life on the big screen but the true hero in my book is voice actor Michael Bell who brought Duke to life in the cartoon .

There have been several figures including his debut in 1983 which was a mail away figure. There were 50 more O-ring and modern versions of Duke produced. Along with at least 10 twelve inch figures and several Sigma Six figures and 1 classified figure I know of. There are other various sized busts and figures and no wonder Duke has been a popular character over the years, he just has that look and I know I never get sick of him but version 1 is one of my favorites, version 3 the tan and red camo looks really cool, and version 33 the movie version looks great.

I have a bunch of 12 inch versions and his classic 1983 12 inch figure is my favorite. Who loves Duke? How many figures do you have of him? Make sure to check back for our next discussion.

The Enemy is about to get Zapped! #gijoe #gijoenat